For Christmas my sister Adrianne got me The Perfect Brownie Maker Baking Pan.  Before you all start clowning and joking on how lame of a gift she got me, don’t worry I asked for it for Christmas {Sticking my tounge out}.

It’s been over 2 months since I’ve had the thing and I have never used it.  The other day I was trying to figure out what I can make with it besides brownies.  I thought and thought and thought.  Then all of a sudden a craving for Mamon came over me and I just knew that I was meant to make Mamon with The Perfect Brownie Pan for the first time.  You can call it “Fate”.

Okay, so I have never made Mamon nor did I have a recipe for it.  First, I went through my Dad’s trusty files of recipes (My dad also had a passion for baking in another life) and I found one recipe from a filipino cookbook.  I went over the recipe and felt like it wasn’t going to be as soft and airy as I like.  I went with “Plan B” and searched and scoured the internet for a recipe.  I finally found one that I liked and went with it.

In a separate bowl, beat 8 egg whites with 1 tsp. of cream of tartar at high speed. Gradually add 3/4 cup sugar and beat until stiff (about 4 minutes).

Fold in the yolk mixture into the whites.*

Grease 14 big mamon molds or 20 small molds with softened or melted butter on all sides.

Note: I prefer softened butter. This way, I can control how much butter I want to grease the pans with.

Pour the mamon mixture into the greased molds, 3/4’s full. Thus, the resulting mamon will be high and soft.

When done, brush the mamon with softened butter and roll in a plate of sugar. You can also add grated cheese.*

**I took 1 stick of softened butter and beat it with an electric mixer adding sugar slowly while it was mixing. 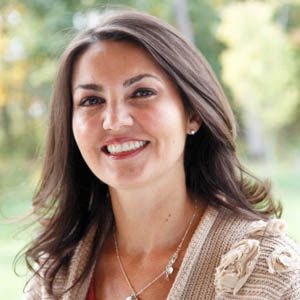 Hi, my name is Marisol and I’m the owner and blogger behind OneDomesticatedDiva.com. Mother of two and happily married to the best friend I ever had.

The whole idea of this blog started when a few of my very diva friends shared at a get together that I always make the best appetizers and food for the our parties and wanted to know all my secrets.